Is eating potatoes good for you? 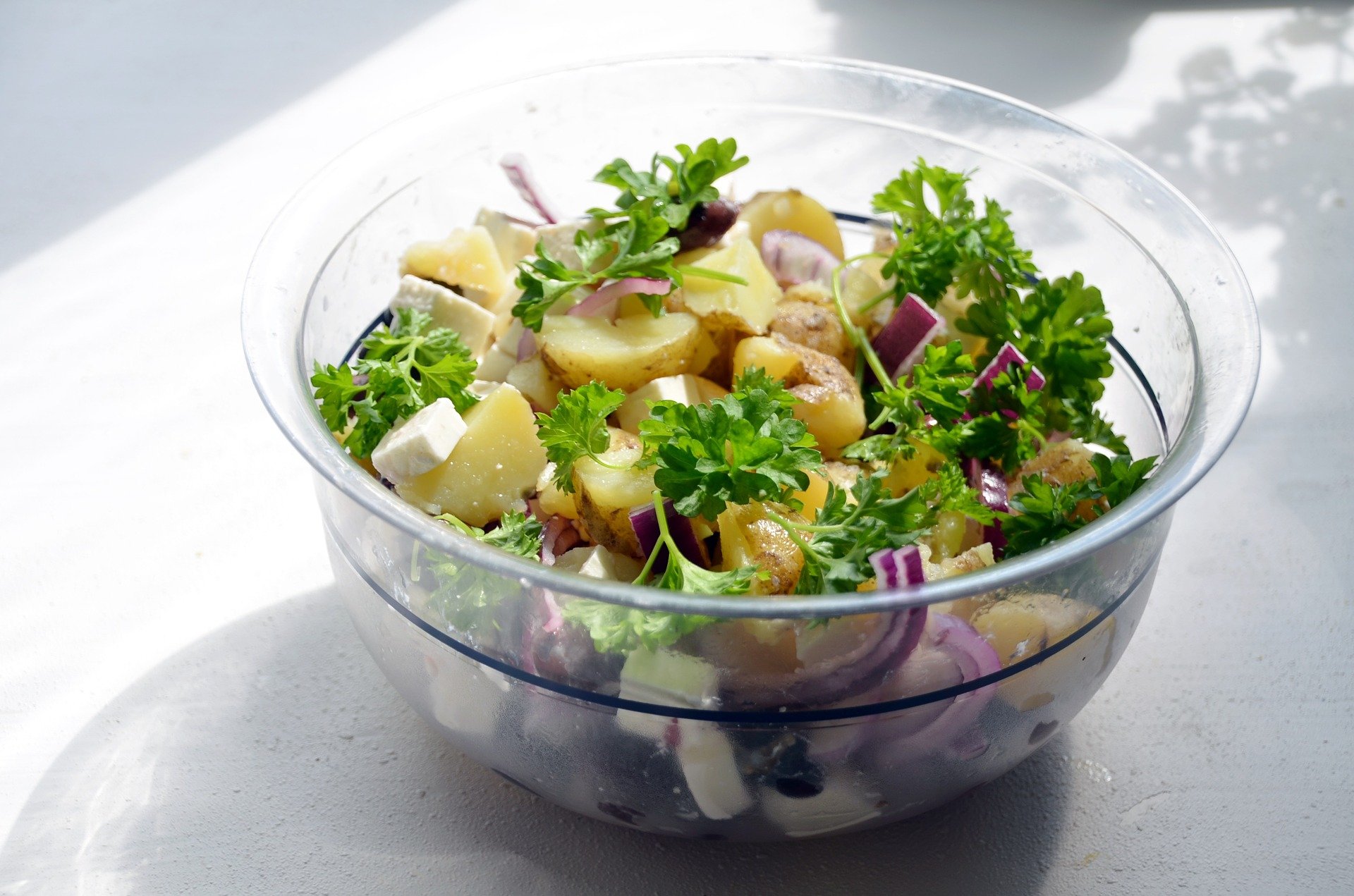 For some reason, when I heard a lot of my clients or people I talk to “apologising” for eating potatoes. For some reason, potatoes seem to have gotten a reputation of being “bad” for you or being “fattening”.

So, let me debunk the potato myth and show you ways of how to enjoy your potatoes and get the most out of them.

Like with many other foods, it’s not the calories per se that are the problem, but one of the reasons why potatoes have gotten a bad reputation is their Glycemic Index, and how they affect the blood sugar. Potatoes contain a starch that is easily digested and therefore enters the blood stream quickly and can give you energy quickly. But it also requires a lot of insulin to take it from the blood stream into your cells. And high insulin release can lead to insulin resistance and to fat storage and can lead to diabetes. Any food that causes an insulin spike also causes you to feel hungry again soon after. Especially, when potatoes are white and mashed, it is easy to over-eat as they are so easily digested.

So, here’s what you can do:

BTW, apply the same principle to your pasta. If you cook pasta “al dente” – as the Italians do – it has a lower glycaemic index. If you over-cook pasta to really soft you can easily overeat on it.

BTW, the reason why sweet potatoes are often classified as “better” is that their glycaemic index is slightly lower and because they are more filling.

Any food that you put into your body should contain nutrients. A lot of things that are now called food contain no nutrients. I would prefer you eat potatoes any day overeating factory baked white bread or wraps which are often advertised as being “healthy”.

So enjoy them! As with anything of course, if you are trying to lose weight, over-eating is never a good idea.

BTW, comparing sweet potato and white potato, there is a difference in the type of vitamins and nutrients, but neither is better or worse than the other.

Real magic can happen when you let your cooked potato cool down. The starch in the potato actually changes to something that is called “resistant starch”. Starches are a form of carbohydrates that consist of long chains. These chains are then broken down by our digestive enzymes that are being released from the pancreas when the food arrives in the stomach. Through the cooking process the starch changes and when being cooled down again, it changes again. The starch has become resistant to the enzymes and cannot be broken down. The starch travels straight through your body and will only be broken down in your large intestine, but not by enzymes, but rather by gut bacteria.

Most likely, you have heard of fibre. Fibre also is not broken down until it gets to your large intestine where it is “food” for the good gut bacteria, as well as bulk for your stool.

Plus, as the potatoes simply go through you, you don’t need to worry about their calories!

What can you do to get the magic?

If you love it, eat most of your potatoes cold in a salad. However, even when reheated – after having been cooled completely – they still contain a huge amount of resistant starch. So, let them cool down and reheat in another dish. I remember from my childhood that my mum always had cold cooked potatoes lying around. She’d boil a big amount of them, and then use them afterwards in lots of other traditional German dishes. It seems to me that our ancestors already knew this “trick”.

When I have a dinner with potatoes, I always cook a few more, and use them in a frittata as a base, or fry them with a bit of bacon, onions and cheese and have with a side salad, as well as making a potato salad that I can enjoy for a few days.

BTW, the same applies to rice, and we see this in the traditional dish of Sushi, where the rice has been cooled down. When I cook brown rice for my dinner, I now always cook a little bit more, and have the rice cooled and then again in the morning with some fruit and nuts as a milk-rice type breakfast.

I hope, I have helped you fall in love with potatoes again. If you have any questions about this or are worried about eating potatoes or weight gain, please contact me at ilona@rightfood4u.ie or book a complimentary Health & Energy Review call at https://rightfood4uappointment.as.me/ or go to: Contact – RightFood4U – 20 Minutes Can Change Your Life! 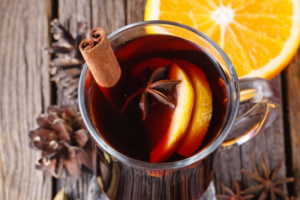 This delicious mulled wine is sweetened naturally with a little cider and the juice of an orange.

If not sweet enough just add some xylitol.

2 bottles of fruity red wine
150ml apple cider
1 cinnamon stick
Juice of one orange
The peel of one unwaxed lemon
5 whole cloves, stuck in an unwaxed orange
A pinch of nutmeg
5 cardamom pods (optional)
I tbsp of xylitol (optional)

Simmer all ingredients in a small saucepan over medium low heat for 15 minutes. Remove from heat and let the wine rest for an additional 10 minutes before straining and serving. 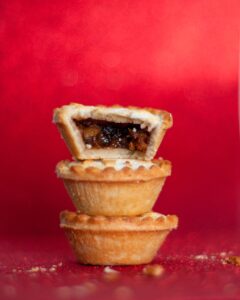 Ingredients for the filling:

Ingredients for the pastry:

Pre-heat the oven to 175˚C, then put the almond and coconut flours in a bowl with the sugar, baking soda and salt. Stir in the orange zest. Grate the frozen butter into the flour and mix together with your fingers till a crumb forms.

Stir in the egg and mix with your hands to form a dough. Divide the dough in half; wrap each in film and place in the fridge for 1 hour (or overnight). Grease the moulds of a muffin pan with a little butter.
Remove the dough from the fridge and place between 2 sheets of baking/ greaseproof paper.

Roll with a rolling pin to flatten out the dough until it is pie-crust thin.

To make the filling:
Put all of the filling ingredients (other than the brandy) into a large saucepan over medium heat and stir.

When the butter is fully melted, turn the heat to low, cover and cook for 15 minutes, stirring often. Take the saucepan off the heat and stir through a tablespoon of brandy, and decant into sterilized glass jars.
Leave to cool with the lid slightly ajar, then secure tightly and store until required.
Using a biscuit cutter (or an upturned jam jar – needs to be about 8cm diameter), cut out 25 circles and lightly press into the muffin pan moulds.

The pastry can be tricky to work with, as there is no gluten holding it together. Be patient. If the pastry
splits just push it back together with your fingers and use any pastry scraps to fix it up.
Fill up each pie mould with a heaped teaspoon of mincemeat. Using the remainder of the dough, cut out 25 stars to top each pie. Bake in the oven for 12 minutes.

Leave to cool in the tins, before gently easing them out. Don’t be tempted to remove from the
tin when they come out of the oven – they WILL fall apart if you do this. 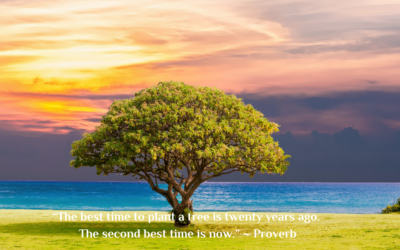 Do you REALLY have no time?

It is something I hear quite a lot from people or my clients: They are struggling to find the time for either meal planning, cooking or self-care and relaxation. Being busy these days seems like a batch of honour, and we seem to be feeling nearly inadequate when we... 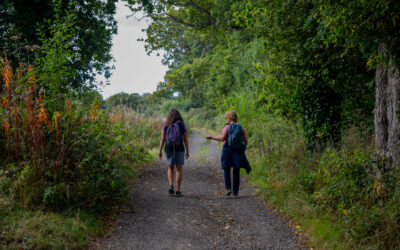 How can you best adapt to the changes in menopause?

Ger could have saved herself many years of negativity and stress and health issues. She could have spared her husband and sons a lot of stress as well. As she told me, at times I don’t know how he put up with me, and I am so glad he didn’t just leave me. 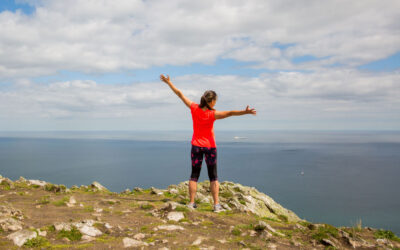