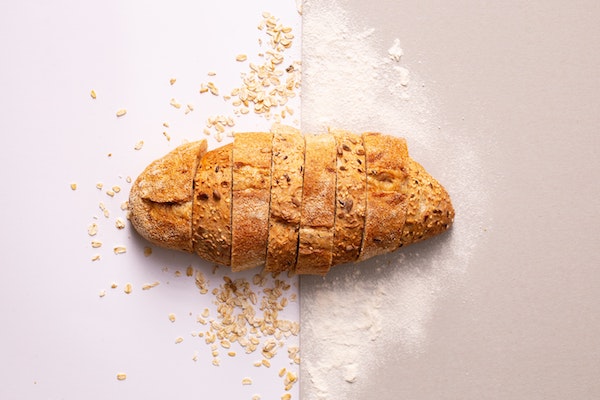 There was an article in the Health Supplement of the Irish Independent that really annoyed me (link here). It concludes with:  “Like all good foods, bread should be an important part in everyone’s diet. But unlike all foods, bread is such good value and is an inexpensive source of many of the nutrients our bodies need, whatever your age.”

However, in the whole article there is no differentiation made between what type of bread they are talking about and what amounts are supposed to be healthy! Are we talking about 2 slices or 10? Are we talking about whole grain bread which has a lot of nutrients or about white bread that has none and is in fact a nutrient robber. What kind of fats does it have? Does it contain hydrogenated or refined fats which are proven to cause cell damage. By the way,  they cause so much damage that most countries have banned them by now  but at the time of writing, not Ireland.

What about the effects on your insulin response? All carbohydrates cause some sort of insulin reaction regardless of whether they are brown or white. Especially white bread can cause sugar spikes and insulin release, resulting later in a sugar crash and craving for more.

Many people have gluten sensitivity and for those it’s not a good idea to eat any kind of bread containing gluten (which most breads probably do as they are made from wheat. A lot of people would say, so what, Humans have been eating wheat for a long time, so what’s the big deal. It’s a big fad that’s going on at the moment. However, we need to know that the proteins in the wheat are not what they used to be.  It’s not the same, today’s wheat is damaging our guts, regardless of whether you are coeliac, sensitive or not. It’s just that some people might be able to repair quicker than others. But it is damaging in the long time and in big quantities to everybody.

White flour is highly refined and there are very few nutrients left, you are basically just feeding yourself with empty calories and might as well eat cardboard. Why would you stick empty calories into your body, especially if you have a weight issue? You are also more likely to eat more of it as there won’t be any satiety feeling. But not only is white bread empty calories, it’s also robbing you of vital nutrients.

If you don’t have a gluten sensitivity – you will know if you get any digestive issues on consumption – it is absolutely ok to have the occasional wholemeal, homemade bread, or bread of good quality such as sourdough bread which is fermented and easier digestible.

Eating bread such as this should be something special, but we are far too much relying on having bread all the time. There’s toast in the morning for breakfast, there’s the lunch time sandwich, roll or wrap, there’s a slice of bread for dinner with the soup or when you go out to a restaurant. A lot of people can’t imagine not having bread at all. What will I have instead? What’s the problem of eating a soup without a slice of bread – it’s just habit! Why a sandwich for lunch all the time – habit! You can have so many other things like a salad for example and most places offer that now as well. Just think and be creative!

I don’t want to say, never have bread again and I would certainly not be an advocate to cut out whole food groups, but by cutting out bread you are not cutting out an important food group and bread is not part of a balanced diet.

I think articles such as these are actually dangerous, because some people – and I would say the majority might be the ones favouring the white breads – would see it as a justification that it is ok to keep eating empty calories.

12 (surprising) Top Tips to get your immune system winter ready

I guess we are all aware of the fact that we are more susceptible to picking up various bugs (viruses and bacteria) during the winter months which can really put us out of action and can prevent us from doing the things we love doing. At the very latest, when Covid... 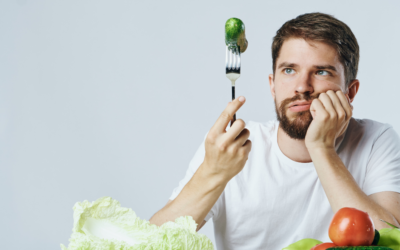 The Diet Industry is keeping most people trapped in a cycle of “being on a diet” and “falling off the track” and cycles of feeling guilty and “I’m just not good enough” or “I am just not able to stick to any plans” In this article, I am going to de-bunk 3 rules that...

What would you think, if you learned how to prepare healthy meals in less time than ordering a takeaway or heating up a ready meal?
How would you feel, if all the things that are going on in your life, would actually NOT feel like stress and you could enjoy them instead?
What would it be like to understand why you might feel so overwhelmed and that it could be down to some of the foods you are currently eating?
How would it feel to have loads of energy all day long, and not to need a rest when that afternoon slump hits?
How would your working day look like if you were focused on everything you do, and managed to get your tasks done quicker?