Choosing a vegetarian or vegan diet 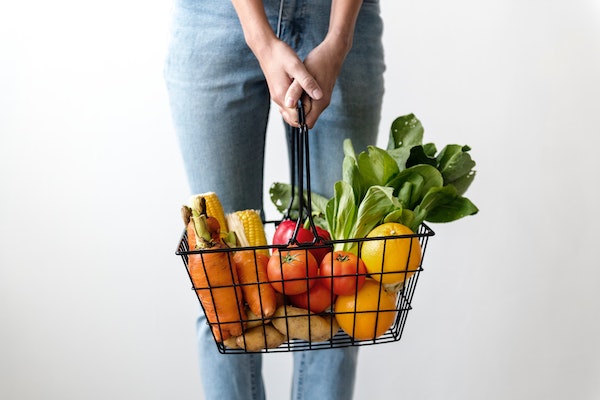 I never really liked meat, I ate it as a kid because it was put in front of me, but often I would chew on meat for ages before secretely sneeking it to the dog under the table. Once I was living on my own, I rarely bought meat because I was disgusted by the feel of touching it. I would most of the time only cook meat from frozen to avoid having to touch the fleshy meat. At some stage when I was 25 I saw a documentary on how animals are kept for food production, I was so disgusted that I decided from one day to another to stop eating animals. I subsequently read tons of books and became more and more convinced that being a vegetarian is not only the right thing to do from an animal welfare point of view, but also a healthier way of living and that it is better for our environment. I never found it particularly hard to live without meat but I also never really paid much attention to my diet and what to eat instead of meat especially I was not paying attention on how best get more protein into my diet. My diet basically consisted of vegetables and pasta, lots of bread, and cheeses. I was constantly hungry, and could become a demon when I wasn’t getting my food. I had bouts of plenty of energy followed often by extreme fatigue, and I often had an afternoon nap whenever I could.

I started introducing fish and chicken slowly into my diet when I started working as a tourist guide because the hotels where my groups stayed had a very limited selection of vegetarian food: It was either pasta or stir-fry and I simply got so fed up with it that I had to eat something else.

I then introduced some sausages and bacon and the odd beef when I started running harder and longer distances, as I actually got a craving for meat and I noticed a huge difference in my energy levels.

Only after a visit to a Nutritional Therapist did I understand better what was going on in my body and that I was feeding myself too much carbohydrates that kept spiking my blood sugar and led to a drop a few hours later that made me extremely tired. I very quickly noticed a huge difference once I had protein with each meal. Every meal and snack contained a source of protein be it animal or plant based, I ate more nuts & seeds and introduced more plant based protein like peas, lentils, chickpeas, nuts and seeds which I had been eating very rarely dispite years of being vegetarian and thinking I was eating healthily.

In the beginning I was still snacking regularly to keep my blood sugar levels even, but now I am at a stage where I can easily live with just 3 meals a day and have no need to snack in between. I rarely get those moments of extreme tiredness in the afternoon that sometimes completely knocked me out, usually they are because of a bad or short night’s sleep but not food related.

So, I personally know that I need to have some animal protein in my diet to function properly, but I want to stress that this does not apply to everybody. Some people are completely fine with eating a vegetarian or even vegan diet.

However, what is really important is that the vegan diet is balanced and that it does contain plenty of protein. The plant protein needs to be mixed up more than animal protein. To get the full range of essential proteins in plants you need to eat a good variety of different sources, whereas one steak can give them all to you in one go. So, it is simply more difficult and you need to make more of an effort if you want to avoid any nutritional deficiencies over a longer period. And in today’s time, this proves too difficult for most people, especially if you are travelling a lot for your work and have to eat out a lot. Restaurants and hotels are simply not geared towards a good balanced vegetarian or vegan diet.

There is then the other extreme, the Paleo diet which is very high in protein – well some people interpret it like this anyway. The issue I have with the Paleo diet is that it makes total sense to eat like our ancestors however it is nearly impossible to do. First of all our ancestors had to run or get active to get to kill the animal – we drive to the butcher or supermarket. Secondly, we don’t eat everything of an animal – we eat only muscle meat which can make our bodies too acidic. We don’t eat the blood, intestines and bones (or soup from the bones) anymore which would keep a better acid-base balance in our bodies. 3rd: Most of the meat we eat is not kept the way it is intended to, they are kept in small spaces, fed grain based foods which are often treated with pesticides, roundup, or are GM foods, they are given antibiotics and all sorts of other stuff, of which we don’t know what it’s doing to our bodies. So, if you eat meat it should really be organic or come from somewhere where you know it’s kept at its most natural state and is grass fed only. In most restaurants and hotels though, they use the cheapest variety of meat, especially when it comes to chicken and fish, which is often imported even.

Apart from the health aspect, there’s another good reason to stick to organic meats, and that is the animal welfare. I love animals, I think they are beautiful creatures who have a soul just like humans do. Why do with think animals are like humans when it comes to animal testing for medicine and cosmetics and compare their bodily functions with ours? But when it comes to the way we treat them, we don’t regard them anymore as living creaturs who feel pain and have emotions. I think cows are beautiful creatures and when they look at you with their big eyes I really do not want to think about eating them. I think little lambs are as cute as a cat or dog and I would never eat a cat or dog – as probably most people wouldn’t!

It is simply not right to keep them in small cages or sheds squashed with many others. When they are stressed, their stress hormones ends up in their bodies and in the meat we eat! The way they are being transported to slaughter or how they are killed again puts huge stress on them.

There are also plenty of environmental issues connected to the huge meat industry into which I don’t want to go into more detail. But basically, the meat industry is very responsible for emissions of gases and the global warming. Also, is it the right thing to feed so many animals with grains that they are not intended to eat anyway and people in Africa and other poorer regions are starving.

I am still a convinced vegetarian at heart and all those arguments and more against eating animals are still valid for me, but I also do know that for me it is best to eat some animal protein to feel at my best. I do believe that humans are made to eat animals, so some arguments of vegetarians, like “elephants are the strongest animals and are vegetarians” are rubbish. Elephants have a completely different digestive system to humans.

I think a good balance of plant protein, and little animal protein from good source, mainly organic is the best compromise and this is what I would advice anybody who has any health issues when following a strict vegetarian or vegan diet. For those who don’t, I would still advice to make sure to get plenty of variety plant based protein sources. 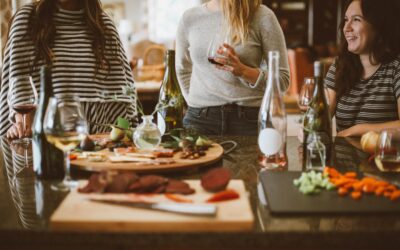 What does a Nutritionist actually eat? 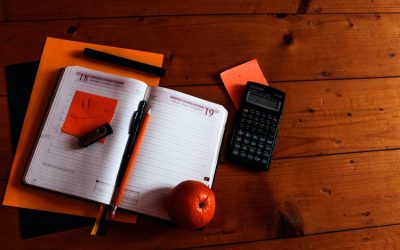 Many people are waiting for motivation to start with a healthier lifestyle, but it is the commitment that will get results. What is the difference between commitment and motivation? Commitment comes from your logical brain, whereas motivation is driven by emotions. As... 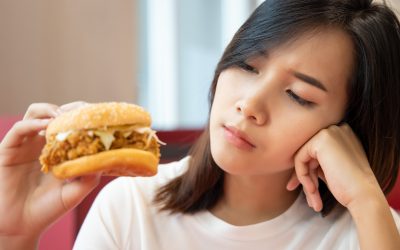 Is calorie counting bad for your mood and motivation?

I am often asked why I don’t believe in recommending calorie counting in order to lose weight. The “Calorie Deficit” principle is a very easy way to comprehend: “The energy you put into your body needs to go somewhere, and if you don’t use it up, it will be stored as...

Any cookies that may not be particularly necessary for the website to function and is used specifically to collect user personal data via analytics, ads, other embedded contents are termed as non-necessary cookies. It is mandatory to procure user consent prior to running these cookies on your website.